I guess it must be really hard to be a management guru these days. No matter what you say, no matter how brilliant you are – there’s a very high probability that somebody will already have laid out what your core message is. And with “somebody”, I don’t refer to a lot of people, I’m just talking about one person: Peter Drucker.

If you visit, e.g., his notable quotes on GoodReads, you’ll find that he was an incredibly smart thinker – and the he basically laid out all the principles of modern (and in some instances: post-modern) management (in the best sense of the word…). And he did all of that mostly during the 1950s and 60s!

Last week, I stumbled upon a quote that gives rise to the assumption Peter Drucker was also able to foresee some of the developments in Positive Organizational Scholarship (POS), e.g.,  Jane Dutton’s concept of High-Quality Connections, or Kim Cameron’s idea of leading by managing Organizational Energy. 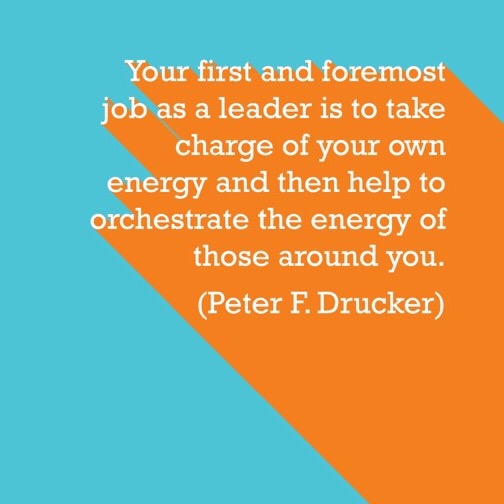 Here are some additional quotes alluding to the rise of Positive Organizations:

The leaders who work most effectively, it seems to me, never say “I.” And that’s not because they have trained themselves not to say “I.” They don’t think “I.” They think “we”; they think “team.” They understand their job to be to make the team function. They accept responsibility and don’t sidestep it, but “we” gets the credit. This is what creates trust, what enables you to get the task done.

A person can perform only from strength. One cannot build performance on weakness, let alone on something one cannot do at all.

We all have a vast number of areas in which we have no talent or skill and little chance of becoming even mediocre. In those areas a knowledge workers should not take on work, jobs and assignments. It takes far more energy to improve from incompetence to mediocrity than it takes to improve from first-rate performance to excellence.

A man should never be appointed to a managerial position if his vision focuses on people’s weaknesses rather than on their strengths. The man who always knows exactly what people cannot do, but never sees anything they can do, will undermine the spirit of his organization.

An organization is not, like an animal, an end in itself, and successful by the mere act of perpetuating the species. An organization is an organ of society and fulfills itself by the contribution it makes to the outside environment.

Only a clear, focused, and common mission can hold the organization together and enable it to produce results.

Peter Drucker on Self-Knowledge and the Growth Mindset

Success in the knowledge economy comes to those who know themselves – their strengths, their values, and how they best perform. 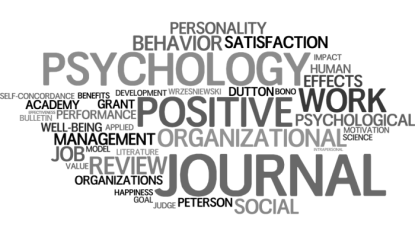 Positive Psychology has a lot to offer for leaders, especially those people taking on a leadership role in human resources and people management. In this post, I´ve gathered 22 research articles infused by Positive Psychology (more specifically: Positive Organizational Scholarship) that, in my opinion, have tremendous value for aspiring as well as established managers and entrepreneurs.

The topics comprise desirable attributes and personality variables such as grit, character strengths, and core self-evaluations, how to create positive relationships at work, how employee motivation is created and sustained, how to find meaning and purpose in work, and several review articles, e.g., on the connection of positive emotions and job performance. Enjoy!

P.S.
This is my 300. post since I’ve started Mappalicious about two years ago. Giving myself a slight pat on the back right now…

So this it. I´m in Philly, Pennsylvania, the City of Brotherly Love, and today was the first day of the MAPP program 2013/14. Obviously, I had planned to blog about this – but I´m still overwhelmed by all these new impressions, locations, and most of all, outstanding people. It actually is kind of weird (at least for me…) to all of sudden talk to or being taught by luminaries that you´ve previously known only from TED Talks and the like.

So instead, I´m going to share something with you that I read about yesterday on the plane in the German issue of the Harvard Business Review. They interviewed Robert Cialdini, the world´s foremost expert on persuasive communication. And he had something interesting to say on the issue portrayed in the headline of this article. In this case, someone qualifies for being an A-hole e.g. by lying and cheating on customers and/or colleagues.

There are some very obvious reasons why you don´t want to hire people that display these kinds of behavior. E.g., it may hurt your companies reputation, which then results in the decline of (repeat) business – which is harmful to the bottom line. That´s a no-brainer. But then, there are also some consequences that might not be that apparent:

A stitch in time saves nine

The problem with hiring an A-hole is that – in the long run – it might lead to having a company full of A-holes (which may not only cheat on customers and colleagues, but on the company as a whole, too). Here´s the deal: hiring an A-hole will lead to higher levels of stress and discomfort among the non-A-hole employees in your company. This is a consequence of the perceived mismatch between their own values and those values the company is obviously displaying by hiring the A-hole and letting him/her get away with whatever he or she is doing. It leads to higher levels of illness and absenteeism.

And: it will also lead to higher levels of turnover, meaning the non-A-holes will slowly but surely leave your company. This, as a consequence of person-organization-fit, will lead to the hiring of more A-holes as a replacement for the honest people that have left the company. You see where this is heading….

You can read more about this topic in one of Cialdini´s articles.