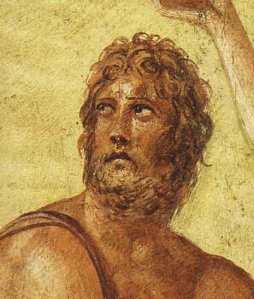 After the end of the Trojan War, Odysseus could not find the way home for a minute or so. But then, a magic compass fell from the sky which brought him back to Ithaca in no time and without any trouble.

This is how Homer´s legendary Odyssey would have to be written in our time. Pity! One of the truly great pieces of literature goes down the drain.

The Hero’s Journey as a short trip?

The Odyssey is the prototype of a Hero’s Journey, a distinctive narrative structure in which a hero, reluctantly at first, embarks on a long and perilous journey, is confronted with trials and tribulations on the way, only to succeed in the end, oftentimes after being severely wounded. During that journey, he meets one or several (supernatural) mentors and discovers a (magic) elixir which helps him to fight his enemies. After winning the battle against the final enemy, he returns to the world from which he came. He has gained power and knowledge, and even wisdom – and is typically granted a long and prosperous life.

These kinds of stories exist in every corner of the world, and all cultures. Another important example is the Indian national epic Ramayana. But even today, many successful books and movies are based on this storyline. For example, Lord of the Rings, Harry Potter, and the original Star Wars-Trilogy are archetypal Hero’s Journeys.

There´s one distinctive feature that all these stories have in common: They tell the story of an inward journey, the protagonist´s way to find himself. The ultimate goal is purification of the hero´s character, it´s about the process of growing up and maturing. Yet, for the purpose of vividness, in literature and film, all places and characters are depicted as being part of the external word. But the story is not all about defeating exterior enemies. The whole voyage is a rite of passage, the ultimate objective is to accept the tasks and responsibities for which one is destined for.

The process of maturation happens by means of all kinds of trials and conflicts: Odysseus has to come to terms with prototypical human frailties such as being unable to resist temptation. Frodo´s task is to rid himself of greed and to recognize his own power and self-efficacy. Luke Skywalker has to learn how to transform the undesirable parts of his personality, those that he shares (to some extent) with his “Dark Father” (arrogance, anger, violence etc.). Generally speaking, the task of the hero is to learn how to integrate his shadow, as C. G. Jung, the founder of Analytical Psychology, has named it.

We have (no) time

The point is: apart from the narrative structure, all these stories share the following aspect: The travelling lasts for several months, often years. Odysseus was lost at sea for a decade after the Trojan War. Frodo and Luke (assumedly) travelled for months and years before reaching Mordor and Endor. Why? Because maturation, growing up, finding ourselves: it just takes a lot of time.

Against this background, I am critical of most modern varieties of “personality development” (in the broad sense). These days, everything is to happen super-quickly. Faster and higher is the motto, but – at best – without any effort:

Brave new world. Let us return to my version of the Odyssey:

After the end of the Trojan War, Odysseus could not find the way home for a minute or so. But then, a magic compass fell from the sky which brought him back to Ithaca in not time and without any trouble.

Nobody would desire to read a book or watch a movie based on this plot. We´d say: “The story was dull and lifeless, and totally implausible. Oh, and the protagonist was flat and faceless, I could not relate to him.”

But in real life, it´s supposed work this way?