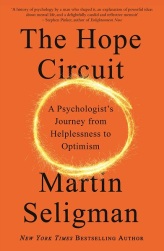 The “Spiritus Rector” of Positive Psychology, Martin Seligman, has authored his autobiography. It´s called The Hope Circuit and was published with the imprint Public Affairs. I was able to read an early draft and can say it´s a fasninating read – not only for people interested in Positive Psychology, but also in psychology and science in general.

Scott Barry Kaufman, a former co-worker at the Penn Positive Psychology Center has written a candid and extensive review for Scientific American. Enjoy!

2 thoughts on “Marty Seligman´s Memoir “The Hope Circuit” is out now!”